There are gasps of indignation when academics hear that pharmaceutical industry doesn’t trust academic research all that much. We think of the big pharma people as the bad guys, the conscience-free predators that prioritise profit over our health and wellbeing. Academics, on the other hand, care about the truth. They don’t aim to get rich, they aim to bring knowledge to the world.

That is, at least, what we would like to believe. However, the pharmaceutical industry believes that most academic research is not reproducible – how should we respond? This was the title of Chas Bountra’s talk, where he led us deep into the workings of both pharma and academic clinical research, and told us about his own way of finding a fruitful collaboration between the two. 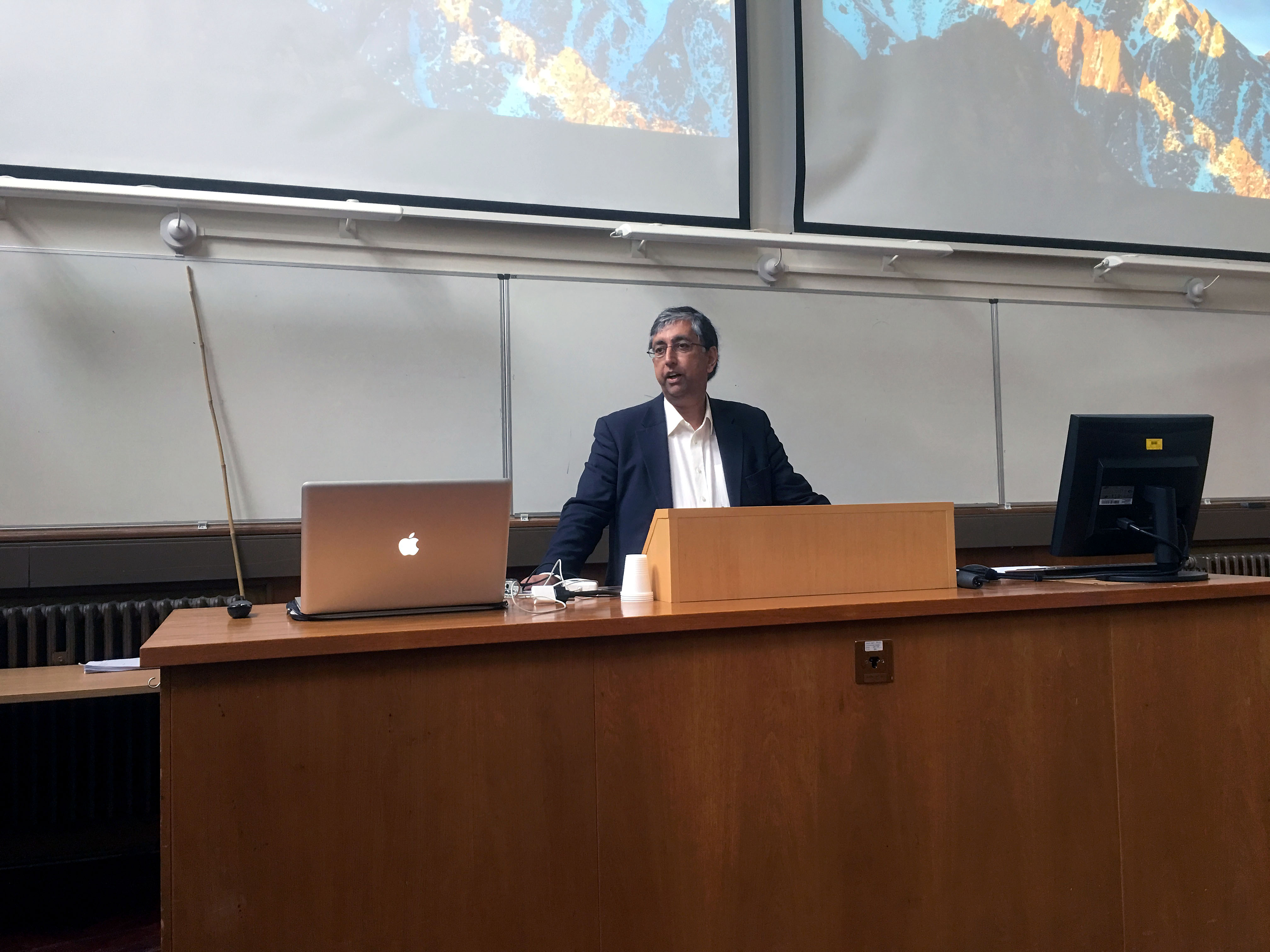 The challenge of pharmaceutical research is finding novel, effective, affordable medicines – and discovering them quickly. In practice, discovering new medicines is incredibly difficult.

For example, a study recently looked into the effectiveness of 71 different medicines in treating people with solid tumours. Overall, they provided 2.5 extra months of life on average, with only 30 of these drugs showing any clinically meaningful efficacy. And these are 71 molecules that have gone through all the stages of clinical development. They are being sold, but many are lacking significant clinical efficacy. What went wrong?

Cost is also an issue. Discovering each new drug costs 4 billion dollars on average. In comparison, it takes 1 billion pounds to run all of Oxford University for a year.

Drug research is also risky. In 2002, 529 molecules were in development for the treatment of cancer. A decade later, in 2014, 45 of these molecules had made it to the market. 95 were still in development, and 389 were terminated. Imagine that – the industry generated 389 molecules that went into the clinic, imagine all the careers that went into the research, all the patients dosed…. only to be terminated.

On top of that, the industry is under pressure to produce completely novel drugs. In 2002 we came up with the last drug for Alzheimer’s. Leading psychiatrists have indicated that it has been two or three decades since we discovered a truly novel mechanism for treating psychiatric diseases. In 2014 and 2015, only 39% of drugs registered with FDA represented novel drug targets.

Why is the process so risky? Often, we do not understand the molecular causes of disease. There are organizational as well as scientific challenges. Many companies and academic groups work in secret, hiding their research from others. This means that other groups might be investing energy in the same unfruitful lines of research.

Depressing as it sounds, there is a lot of room for improvement in drug research. Here is what Chas has been doing.

First, he decided it makes no sense to keep research secret. His team (‘SGC’ located in the Nuffield Department of Clinical Medicine in Oxford) is pooling resources and expertise from 9 pharma companies, 5 patient groups and several academic labs.

Third, the SGC makes all their data freely available. Anybody in academia, biotech or pharma can have access. As a consequence, over 300 academic labs over the world have entered into collaborations with this research program, testing their molecules in any way they want (and publishing papers along the way).

Fourth, all of the data, tools, and knowledge are shared immediately – not at a later point when manuscripts are out. Hence reducing unnecessary duplication.

In such a constellation, science becomes crowdsourced, everybody has something to gain, nothing is hidden, competition is replaced by collaboration, and this opens the door to riskier, yet more efficient research. To hear more about how this amazing project is being carried out, and about the important preclinical and clinical discoveries made along the way click here to listen to the talk (sound only):

(This blog post is a preview of the themes in Chas Bountra’s talk at the Oxford Reproducibility School, held on September 27, 2017. I occasionally use my own words to describe the contents, but the presented ideas do not deviate from the talk.)